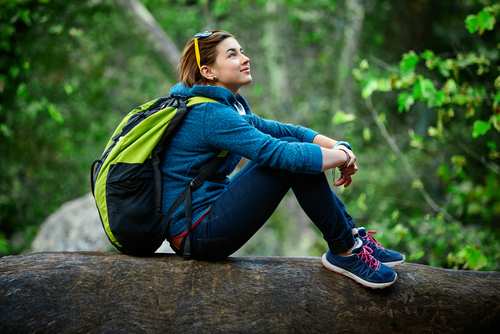 Perhaps you’re a city person who craves the great outdoors, or maybe you were born to live in nature but have chosen a city-bound career. Either way, you’ve resigned yourself to always sacrificing one for the other. Sacrifice no more, because you really can have it all. Here are four U.S. cities that provide the best of both worlds.

After picturing the White House, most people think of D.C.’s museums, monuments and the staggering variety of world cuisines. You may not realize, however, that D.C. also boasts more acres of green space per capita than any other comparably sized U.S. city.

For hikers and kayakers, the city’s Rock Creek Park has 40 miles of hiking trails and Class III and IV rapids. The C&O towpath is a cyclist’s dream, starting in the city along the Potomac River and ending 185 miles later in Cumberland, Maryland. Cycle less than 20 miles on the C&O (or drive less than five miles from downtown), and you’ll find a challenging and beautiful hike on the Billy Goat Trail, rock climbing in Mather Gorge and kayaking along the Potomac. Venture a little farther out and find yourself in the Blue Ridge Mountains in Shenandoah National Park.

If you’re making the move to D.C., consider finding an apartment or house in Georgetown, which allows for easy access to the C&O Canal towpath and the southern end of Rock Creek Park.

Look around Salt Lake City, and you won’t question its inclusion on this list. From anywhere in the city you can see the 10,000-foot peaks that make Salt Lake one of the best cities for any mountain sport. In addition to excellent hiking in Big Cottonwood Canyon and mountain biking or rock climbing in the canyons east of the city, four world-class ski areas sit within 45 minutes of downtown Salt Lake: Alta, Snowbird, Solitude and Brighton. If that isn’t enough, fly fishers will love fishing in the Green and Provo Rivers.

Access to the outdoors is easy from anywhere in Salt Lake City, but if you’re making the move, consider the culturally diverse Glendale or Capitol Hill neighborhoods or even living in a cabin or condo up Little Cottonwood Canyon. Worried about getting good cell service in the mountains? T-Mobile allows you to bring your own device and get nationwide 4G with no commitment.

Seattle is perpetually listed among the top cities for outdoor enthusiasts, and for good reason. Sitting on Puget Sound surrounded by lush green forests with Mt. Rainier looming in the background, Seattle is the rare big city where you really feel like you can take a breath of fresh air.

Outside the city is plenty of hiking and skiing in Olympic National Park and Mount Baker-Snoqualmie National Forest, but you won’t need to leave Seattle proper to get your nature fix. Explore Discovery Park along Puget Sound, which ranges from meadows to woods to beaches, or Seward Park on Lake Washington, with 250-year old hemlocks, cedars and Douglas firs. Cyclists will love the 21-mile Burke-Gilman Trail that runs from Lake Washington to Puget Sound, and kayakers will feel spoiled by the access to paddling within the city.

Considering a move to Seattle? Look at the Magnolia neighborhood that borders Discovery Park.

In 2015, Minneapolis was Liveability.com’s healthiest city in the U.S., due in large part to its thriving park system and the best-rated biking infrastructure in the country. Theodore Wirth Regional Park is the largest in Minneapolis’s park system, offering more than 50 miles of trails for hikers and mountain bikers.

For water sports, Minneapolis is hard to beat, with more than 750 lakes in the area for canoeing, kayaking, swimming or sailing. Less than a four-hour drive away, canoers and kayakers can venture into the Boundary Waters Canoe Area Wilderness where there are more than 1.1 million acres of water and land to explore.

If you’re moving to Minneapolis, look at the Lowertown neighborhood with its beautiful Bruce Vento Nature Sanctuary or Linden Hills, nestled between Lake Harriet and Lake Calhoun.