55th Anniversary of Warren Harding’s First Ascent of “The Nose” 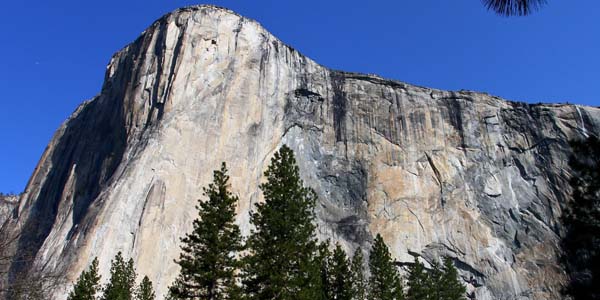 Exactly 55 years ago, a team of rock climbers completed the first ascent of The Nose on El Capitan, once thought to “unclimbable”. Warren Harding, a mountaineer and big-time climber from California, led his team on a 45-day ascent (done in stages over the course of 18 months) of The Nose. This 3,600-foot face of El Capitan is so much higher than any other feature in Yosemite that it had previously been largely ignored by climbers.

Harding developed an obsession with conquering this climb, finally coming up with the idea to establish the route in increments using siege tactics, a technique that was virtually unused in Yosemite. The team would climb to a high point, set a fixed line and then rappel down to stock up on supplies, equipment and rest. As soon as the following day, they would use the fixed lines to regain the high point before climbing up the rock face to another high point. This technique is similar to the “camps” used when climbing in the Himalayan Mountains.  They repeated this over and over until after 45 days, spread over two climbing seasons, Harding and his team of 2 – Wayne Merry and George Whitmore – reached the summit at 6 a.m. on November 12, 1958.

600 pitons were used, and Harding’s team drilled 125 holes for expansion bolts on the smooth parts of the cliff where pitons could be not used. Nowadays, climbers can usually reach the top in 3 days, with nights spent sleeping on portaledges suspended from the rock face. (Fun fact:  in the ’80s, climbers used to sleep in hammocks before portaledges were invented!)

Today, the Nose Route is still the most famous rock climbing route in North America, with hundreds of climbers from all across the country and the world coming to try their hand at this mammoth granite face.