We get lots of photos from ENOpians who love to read in their hammock. It is indeed an ideal reading nook: Relaxing in nature, in a state of weightlessness, getting lost in a good book. We put together a short list of novels our staff has enjoyed, many of their story lines taking place in the setting of nature. What are you reading right now in your hammock?

At twenty-two, Cheryl Strayed thought she had lost everything. In the wake of her mother’s death, her family scattered and her own marriage was soon destroyed. Four years later, with nothing more to lose, she made the most impulsive decision of her life. With no experience or training, driven only by blind will, she would hike more than a thousand miles of the Pacific Crest Trail from the Mojave Desert through California and Oregon to Washington State—and she would do it alone. 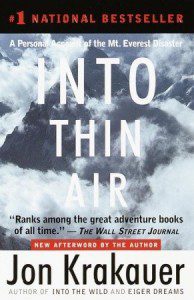 A bank of clouds was assembling on the not-so-distant horizon, but journalist-mountaineer Jon Krakauer, standing on the summit of Mt. Everest, saw nothing that “suggested that a murderous storm was bearing down.” He was wrong.

The year is 1929, and newlyweds George and Serena Pemberton travel from Boston to the North Carolina mountains where they plan to create a timber empire. Although George has already lived in the camp long enough to father an illegitimate child, Serena is new to the mountains–but she soon shows herself to be the equal of any man, overseeing crews, hunting rattle-snakes, even saving her husband’s life in the wilderness.

4. A Walk in the Woods: Rediscovering America on the Appalachian Trail 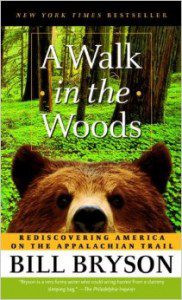 The Appalachian Trail trail stretches from Georgia to Maine and covers some of the most breathtaking terrain in America–majestic mountains, silent forests, sparking lakes. If you’re going to take a hike, it’s probably the place to go. And Bill Bryson is surely the most entertaining guide you’ll find. He introduces us to the history and ecology of the trail and to some of the other hardy (or just foolhardy) folks he meets along the way–and a couple of bears.

Destined to become a classic of adventure literature, The Last Season examines the extraordinary life of legendary backcountry ranger Randy Morgenson and his mysterious disappearance in California’s unforgiving Sierra Nevada—mountains as perilous as they are beautiful. Eric Blehm’s masterful work is a gripping detective story interwoven with the riveting biography of a complicated, original, and wholly fascinating man.

6. Between a Rock and a hard Place 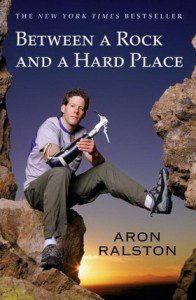 Hiking into the remote Utah canyonlands, Aron Ralston felt perfectly at home in the beauty of the natural world. Then, at 2:41 P.M., eight miles from his truck, in a deep and narrow slot canyon, an eight-hundred-pound boulder tumbled loose, pinning Aron’s right hand and wrist against the canyon wall. Through six days of hell, with scant water, food, or warm clothing, and the terrible knowledge that no one knew where he was, Aron eliminated his escape option one by one.

Lynn Schooler had recently lost a dear friend and was feeling his marriage slipping away from him when he set out on a daring journey-first by boat, then on foot-into the Alaskan wilderness to clear his head. His solo expedition, recounted in Walking Home, is filled with the awe and danger of being on one’s own in the wild, being battered by the elements and even, for two harrowing days, becoming the terrified quarry of a grizzly bear.