All Hail the Kale

Home
News
All Hail the Kale 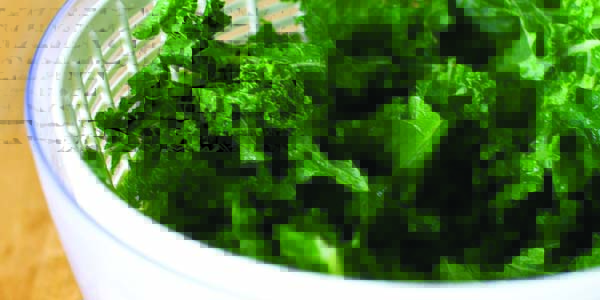 No one is more familiar with the limelight than the curly-leafed plant that is kale. (Except maybe Michael Jackson and William and Kate’s baby.) But though it’s a bit weird looking and closely resembles a chia pet, this superfood is one of the most popular vegetables in kitchens, restaurants, and grocery stores all over America. Because kale is super rich in beta carotene, vitamin K, vitamin C, and calcium, it has health nuts raving.

And for you outdoor nuts, kale can be added to your list of camping food! It’s super simple to grill over the campfire and, in oven-baked chip form, a great snack to munch on while you wander the trails. So pack your kale along with your hammock next time you take a backpacking trip!

If you haven’t already caught on to the kale craze, it’s just a matter of time.

You may know that it’s one of the healthiest veggies. But did you know…

Kale is a winter vegetable.  Although kale can be harvested before the first winter frost, its true, sweet flavor develops only after being exposed to the first frost so that some of its starch can be changed into sugar. It also continues to produce its leaves late into the winter.

Kale was literally a life saver.  During World War II, people in the UK were saved from starvation because kale is easy to grow and one of the heartiest vegetables.

Vermont may claim kale as its own.  Rumors are flying that kale might become the new state vegetable of Vermont!

Kale didn’t always have its fabulous reputation.  It used to be known as “poor people’s food”, as it was a popular vegetable eaten by peasants in the Middle Ages.

Thomas Jefferson and the Scots were crazy about kale long before we were.  Traditionally, kale was such a base in the Scottish diet that the word kale (or “kail” in dialect Scots) is synonymous with food. When you hear that you’re “off your kail”, it means that you’re feeling too sick to eat. Thomas Jefferson solidified his place as the true hipster by experimenting with several different varieties of kale in his garden in the early 1800s.

Kale prevents cancer.  In a world where everything front burnt toast to a stick of gum causes cancer, kale actually protects against it. It has anti-cancer nutrients in the form of the compound glucosinolates, which protects the body from toxic elements. The risk-lowering benefits from these nutrients have been extended to at least 5 types of cancer:  bladder, breast, colon, ovary, and prostate.

There are 50 shades of kale.  As well as over 50 varieties of it. Ana Steele’s got nothin’ on kale.

Kale has more vitamin C than an orange.  One cup of chopped kale is equivalent to 134% of your recommended daily intake of the vitamin C, whereas a medium orange only has 113%. Move over orange juice, kale juice may very well become the drink of choice when you have the flu!