Back to School: Hammock Cognitive Study 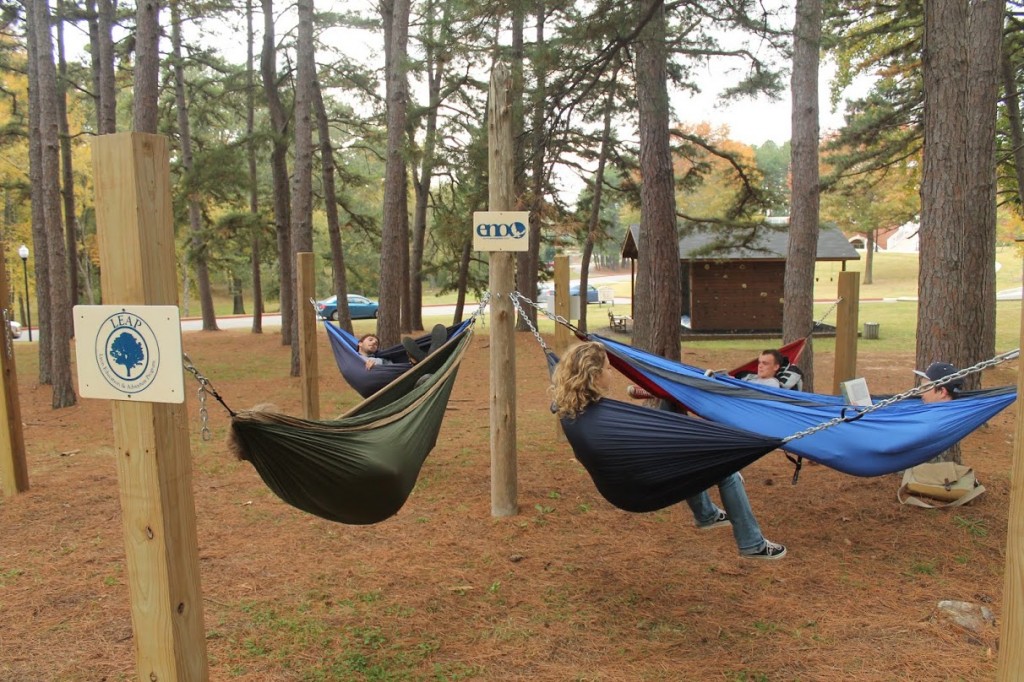 Recently we got our nerd on and dove into hammockers cognitive performances with Lyon College.

Building on last year’s pilot hammock study where members of Lyon’s Psychology Department surveyed 80 Lyon students to determine their hammocks and relaxation attitude. the second part of the series examined how hammocks fared when compared with a traditional desk chair and an Adirondack chair.

“From what we’ve seen and heard through our fans, hammocks are a great alternative to take a time-out between classes, or rest and recuperate after a hard day’s work. We wanted this next section of the study to prove that.”

The second part involved randomly assigning approximately 75 participants to one of three conditions: a desk chair, Adirondack chair or ENO hammock. The participants rated their levels of specific emotions, state of relaxation and physical symptoms before sitting in their respective seat and performing a number of cognitive tasks. Following the completion of the tasks, participants again rated their emotions, relaxation and physical symptoms.

The results, although not demonstrating a difference in cognitive tasks, did show that there were significant differences between the amount of change in some emotions, relaxation and physical symptoms between our ENO hammock and the other chairs.

“There was a trend toward significance in improvement on [the participants’] ratings of happiness and muscle tension.”  “Finally, in relation to the participants overall rating of ‘feeling comfortable,’ the hammock group demonstrated a significantly greater level of improvement.”

What does this mean? It means although hammocks don’t necessarily make you smarter, students are going to feel happier, more relaxed and satisfied spending time in one before, after, or during classes.

The official results of the survey will be published after the third part is completed in the Fall of 2014. During this section, social aspects will be analyzed to help illustrate why hammock lounges can be a positive edition to Universities and Colleges nationwide.