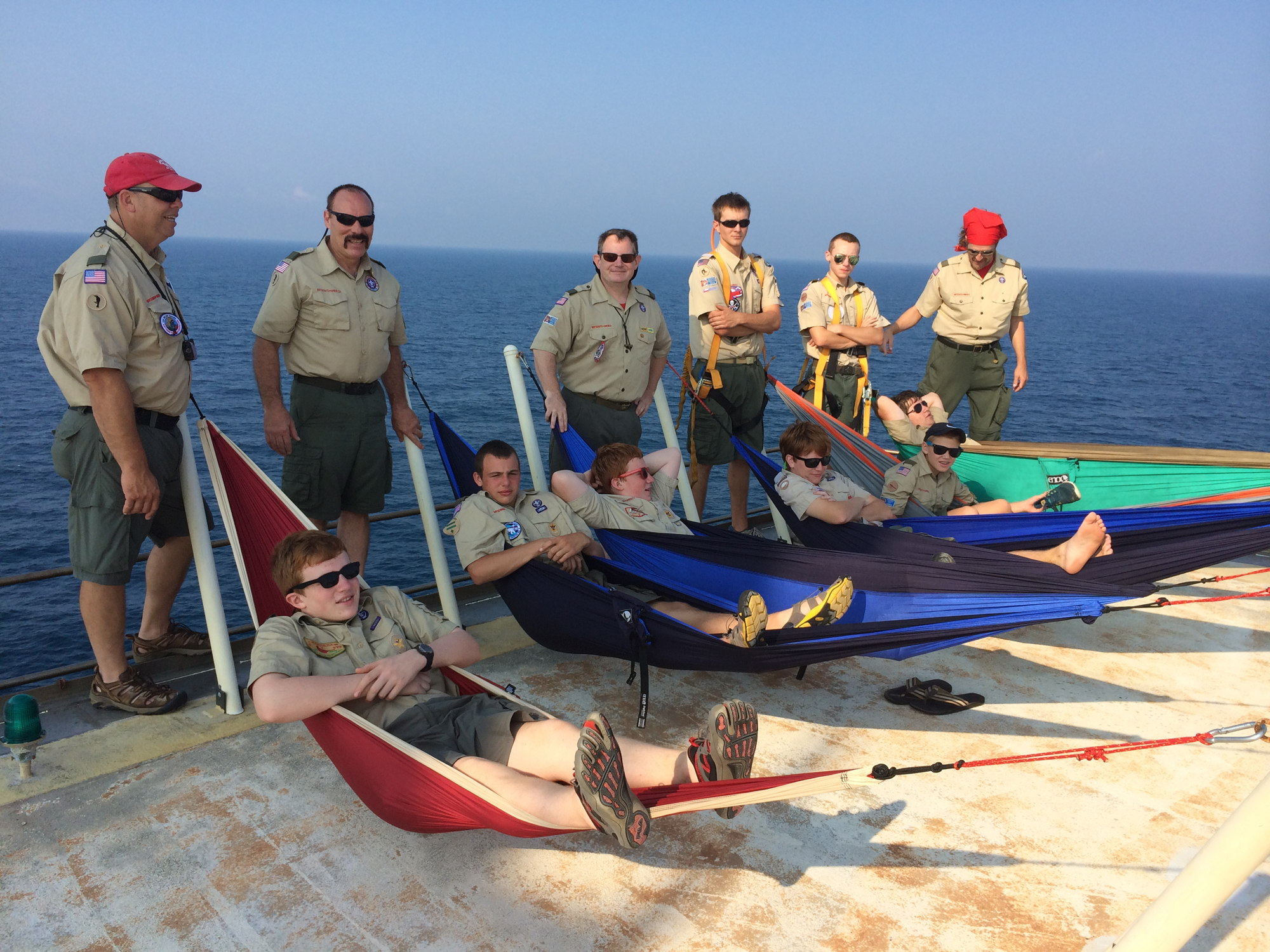 Recently Boy Scout Troop 700 from Ashland, Virginia paid an action packed visit to North Carolina’s historical Frying Pan Tower. The Frying Pan Tower is a Coast Guard Light Station B&B located 34 miles off the coast of North Carolina that is being restored and has opened as a unique bed and breakfast. The experience has been described as a cross between renting a beach house and camping–just out in the middle of no where. The boys had the opportunity to help out on the Frying Pan Tower, do some snorkeling and sleep on the helipad in their hammocks!

Watch the video below to see the highlights of Troop 700’s Frying Pan Tower experience. A little restoration work, some snorkeling and a lot of history.

Frying Pan Tower is in the southernmost end of the feared “Graveyard of the Atlantic” which stretches up to the northern end of the Outer Banks of N.C.  The shallow waters of the shoals (only 35-50 feet under the Tower) made ship navigation treacherous so in 1854 a lightship was stationed there. For 110 years, except for a few years during The War Between the States and WWII, crews manned the lightship 24/7 in all weather. 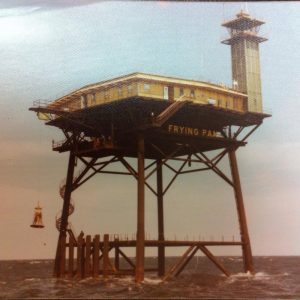 The advent of Global Positioning Systems and radar made the Tower obsolete so the Coast Guard abandoned the station in 2004.  Due to the fact that the area under the Frying Pan Shoals is a protected reef, the original idea of destroying the tower and relocating part of it as an artificial reef or of recovering it for scrap was abandoned.

The Frying Pan Tower, no longer a commissioned lightstation, was left abandoned until 2010 when Richard Neal, a software engineer from Mint Hill, NC saw a listing for the Tower on a government surplus sale site. The Frying Pan Tower project was born.

Anyone can book a trip or inquire about volunteering at the Frying Pan Tower. We can’t wait to go!