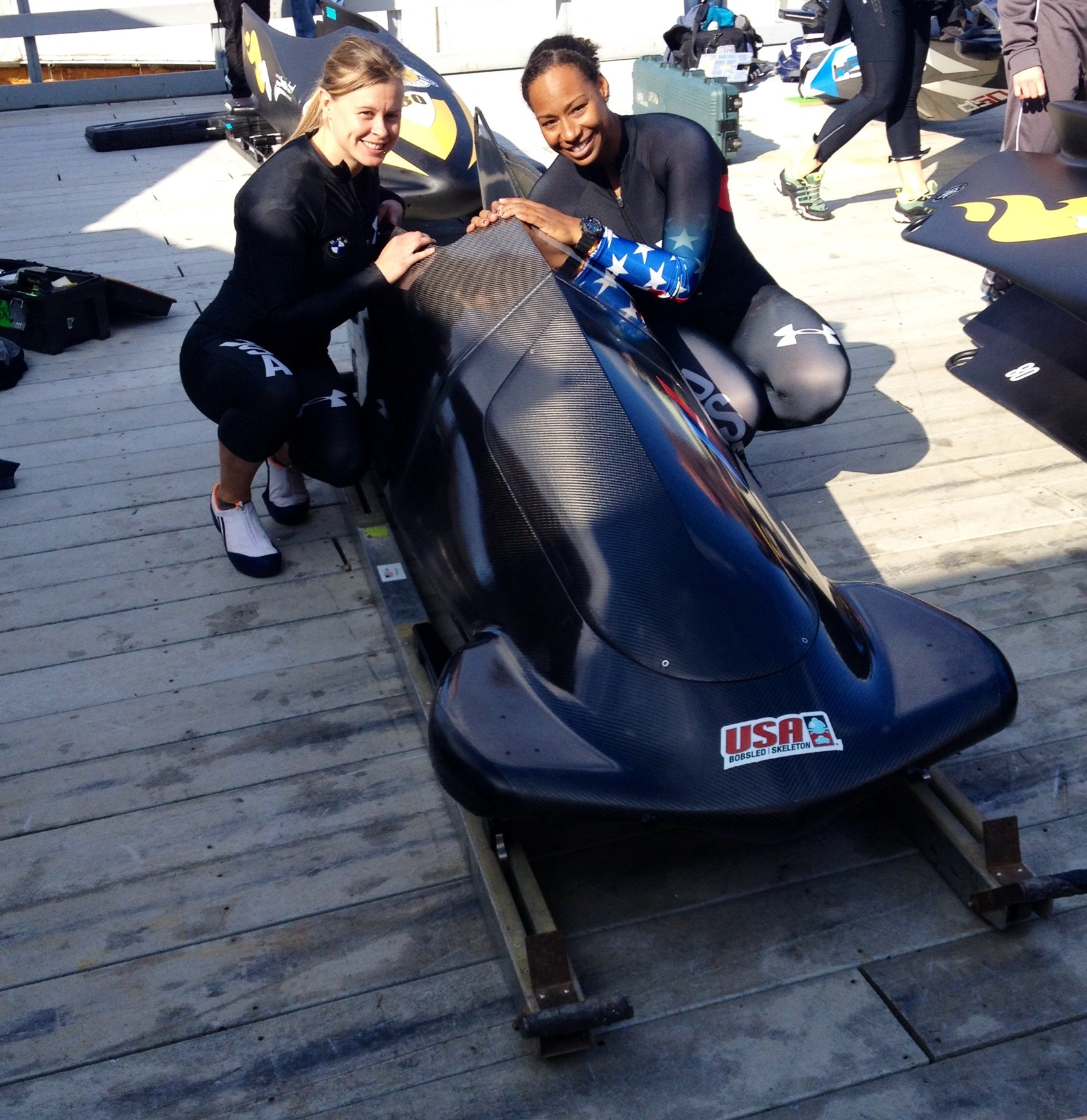 “I am beyond excited to gain a spot on the Bobsled National Team. It’s been a long road of hard work and so to see it pay-off is a dream come true,” said Deratt.

Natalie, born in Sheffield, England, has been living in Asheville, NC, since moving to the US to attend the University of North Carolina at Asheville on a track and field scholarship. She was the first UNCA student-athlete to qualify for the NCAA Track and Field Outdoor Championships in 2010 and 2011 in the 200 meters. In 2011 she was named Big South Female Student-Athlete of the year. Natalie also competed in two track Olympic Trials for team Great Britain.

In early 2014, Natalie began focusing her training on preparing for the bobsled and skeleton combine with her former UNCA team mate, Keith Scruggs.  Scruggs interned at the Olympic Training Center in Lake Placid for 2 years after he graduated from UNCA.

“It’s a team effort for sure,” stated DeRatt. “And I would not be where I am today without my support network including my amazing coach, Keith Scruggs, and UNCA coaches Joel Williams and Omar Ahmed. It’s been awesome to have the support of ENO as well – I truly wouldn’t be here today without them.” 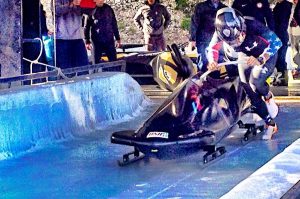 After successfully competing in the combine and push camps, DeRatt placed 3rd in the two-part team trails that took place this fall in Lake Placid, NY and Park City, UT, gaining her a spot on the Team USA .

DeRatt began working for Eagles Nest Outfitters in August of 2011.  She continues to work as the Marketing Coordinator and stays closely connected to the Asheville headquarters between training and racing.

“Natalie puts 100% into everything she does and is an exemplary team player.  We are excited to support her as she pursues this dream,” stated Lane Nakaji, General Manager of Eagles Nest Outfitters.

Eagles Nest Outfitters, the brain child of brothers Peter and Paul Pinholster, was founded in the summer of 1999. Growing steadily from a two-man, one-van operation, to the leading provider of ingeniously crafted parachute hammocks and outdoor accessories, the company offers the highest quality relaxation products for adventure travelers and outdoors lovers everywhere. ENO products are sold in over 1500 retail locations in 10 countries, and online at eaglesnestoutfittersinc.com