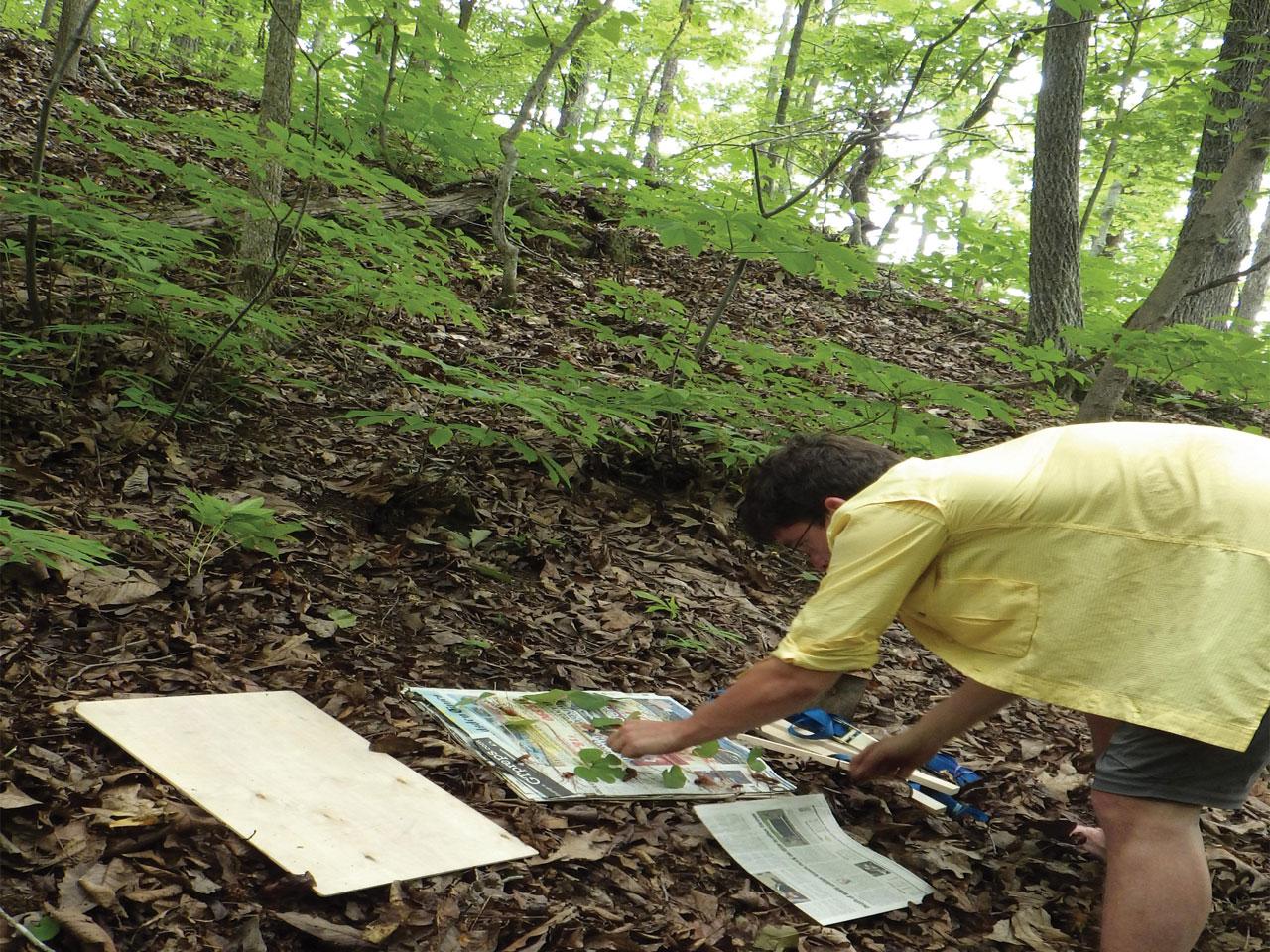 Note from ENO: As a co-sponsor, we will be following Trevor’s adventure on the Alabama Scenic River Trail over the next few months. This is the sixth chapter of his story.

Plants on the River

I have been on the river for fifteen days now. I’ve paddled over 180 miles. It is exhausting but fun. I am swimming, fishing, lots of paddling and I have been collecting a lot of plants and pressing them, as well as photographing them. So many familiar medicinal plants that I learned from afar but never met in person! Even more plants that I’ve never seen before. I’ll have lots of species to identify when I get off the river!

Coosa River, north of Lake Henry Neely. There are six species of this plant growing in Alabama and I’m currently not sure which one this is. Medicinally these species are used interchangeably, lucky for me. It is used as a stimulating nervine similar to peppermint, for anti-nausea, and as a mild diuretic. Tastes similar to Bergamot Oil used in Earl Grey tea. Very aromatic and pleasant tasting. Unsure of ethnobotanical history of use.

Lake Henry Neely. This tree’s flowers are used to relieve coughing, treat colds and as a diaphoretic. Mildly mucilaginous when made into a tea, which is soothing to inflammed mucous membranes.  Also used as a mild sedative, especially for children. This herb was used by Native Americans and various analogue species have a similar history of use in Europe and China.

Lake Logan Martin. Like many plants in the Poppy family, this plant is alkaloid rich. This root herb was most famously used in a compound known as Black Salve. An escharotic mix, used topically to burn away skin cancer and precancers. Also a history of use internally, usually as a low dose herb. Used for various lung ailments, for increasing certain tissue and ductal secretions (alternative), a cardio sedative and an emetic. Actions, of course, being dose dependent.

My paddling speed and endurance have varied from day to day. I have paddled anywhere from eight to seventeen miles in a day. Either way, I only have to paddle eleven miles a day to make it by my scheduled end date.

A big factor I didn’t count on was the direction of the flow of the river, or lack thereof. I found myself battling upstream currents some times of the day, still waters at other times, and every once in a while the river flowed with me.

The Coosa has six dams which control the flow of the river in order to produce electricity. The river is only flowing downstream after heavy rains, when they are draining overflow, or when they are letting water through to run the turbines. I’m not sure what the upstream currents are from. As Nickie Goodwin, a river angel on the trail, explained to me: sometimes the river flows downstream, sometimes it flows up stream, and sometimes it’s as still as bathwater. This was my first lesson on the flow of the river. I’d soon learn another.

The Coosa Runs Through It

Two days after leaving Nickie’s Landing, I portaged Henry Neely Dam. It was a long portage and I was exhausted afterwards. It took longer than I anticipated and I had to find a campsite soon, as a thunderstorm was expected to hit within the hour. I paddled hard looking for a campsite, but the banks of the river below the dam were all ten foot tall or more. There was a reason for those tall banks.

After a few miles, with the sun setting and thunder in the distance, I took the first accessible piece of low ground I saw. It had two bent willow trees and and a grassy knoll surrounding them. It’s banks were only a foot tall. There were taller trees, but I didn’t choose them because they were enmeshed in greenbriar. I got my tent set up just as the sky fell out.

It poured and poured that night, but I stayed dry… until I woke up at 4:00am with the river flowing through my tent! I jumped up, made sure my canoe was tied off high and my gear was still secure, and I scrambled into the greenbriar-filled trees with my hammock tent. Luckily I was still able to get some sleep, even with wet gear.

I found out later they had scheduled to run the turbines that night at 3:00am. This, mixed with the torrential downpour, caused the river to rise over three feet! I have paid close attention to the turbine schedules ever since and have avoided camping near dam basins again.

The first two weeks of my trip have been filled with thunderstorms. Luckily it was mostly short day storms and some longer night storms.  While it has been a bit of a pain in my butt, the fungi are loving it! Lots of mushrooms are popping up in the woods right now thanks to these spring showers intermingled with hot sunny days.

A few days ago while walking through the woods I found some Golden Chanterelles (Cantharellus cibarius). A choice culinary mushroom, it has a mild fruity aroma and tastes great — my favorite mushroom to eat. I dry sautéed them and had them on grits with okra. I have never found them on the East Coast before and I’m excited to find more! Let the season begin!