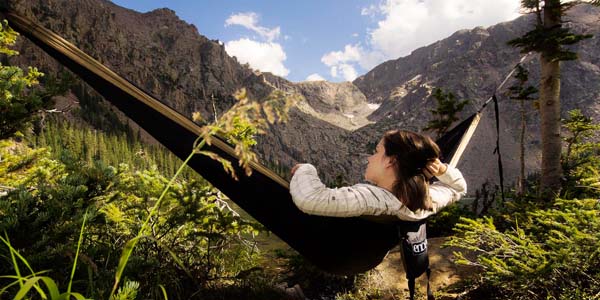 ***NOTE FROM ENO:  This is part 5 of a 5-part series about how to stay active in the outdoors through flatland training – essentially, training for the mountains without actually being in the mountains.***

This is the fifth and final edition in my Flatland Training Series. Today I’ll be focusing on inclines and declines. In a previous post, I touched on the fact that the terrain can change very quickly in the mountains. Most people are concerned about the trek up, but little do they know that they’re actually more at risk for common injuries such as sore knees or twisted ankles on the downhill trek. Something that you can use to help with this is stadiums.

Stadiums are easy to come by and more than likely you live near one. The biggest word of advice here is to ask for permission from the facility manager. The last thing you want to have happen is to have the police show up right in the middle of your work out and start questioning you or even charge you with trespassing.

If you don’t know of a stadium where you could train, there’s a good chance you have stairs in your house, or you have a friend that has stairs in their house. When both of those suggestions fail, you can always go to the mall and use the stairs there. Apparently it’s a “thing” where people actually go to the mall in the morning and just walk. They do get a great workout, and it wouldn’t be much different if you chose to take the stairs a bunch rather than the escalator.

You’re going to be getting a great workout going up, but coming down is what you should be focusing on as well. It’s really easy to trip and lose your footing. It’d be really embarrassing and probably really painful to fall down a bunch of stairs, but think how much worse it’d be if you tripped and lost your footing coming down a mountain. Sometimes the trails are pretty narrow and you could even go off the side of the mountain. Whatever you do, don’t get on the StairMaster. That won’t be doing you any good since all you’re focusing on is going up. Remember, we’re focusing on the downhill aspect of the stadiums.

That concludes the 5 week series on Flatland Training, and I hope you got as much out of it as I did. Remember, you don’t have to be in the mountains to train for the mountains.