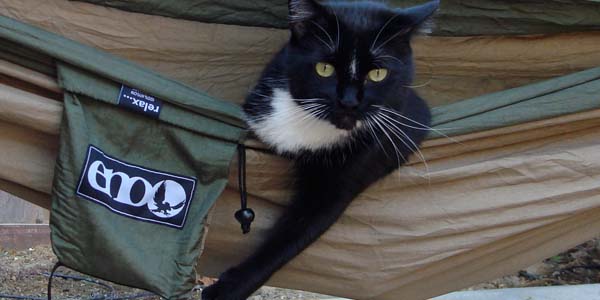 Knock on wood, grab your rabbit’s foot, and cross your fingers because today is Friday the 13th! To many, this day is considered to be one of the creepiest days of the year (along with Halloween, of course). Although the true origin superstition surrounding this particular weekday is unknown, there are many theories. One theory has to do with numerology, the belief that certain numbers correspond with particular events. According to numerology, the number 12 signifies completeness. There are many well-known dozens:  12 hours on a clock, 12 months in a year, 12 days of Christmas, 12 disciples of Jesus, 12 signs of the Zodiac, 12 gods of Olympus, and 12 strikes needed for a perfect game of bowling. Number 13, on the other hand, is considered incomplete and irregular.

Another theory goes off of Chaucer’s “The Canterbury Tales”, in which many of the characters have bad experiences on Fridays. This association causes many professions to view Friday as a bad day to undertake new projects or go on adventures. These are only 2 theories – other theories date as far back as the Middle Ages!

If today makes you uneasy – a little thing called paraskevidekatriaphobia (“Paraskevi”, which is Greek for “Friday”, “dekatreis” meaning “thirteen”, and “phobia” meaning “fear”) – you’ll be happy to know that good luck charms can actually help! Research has shown that good luck charms and being wished “good luck” can be influential to your success in particular situations. There are no logical links between the charms/wishes and the situation, but studies have proven that some level of correlation exists.

One explanation of this correlation has to do with your level of confidence. People who are positively reinforced before taking on a task (for example, when someone tells you “break a leg!”) tend to do better because they had that little boost of assurance. Likewise, people who have some kind of good luck charm, such as a lucky pencil or token, will set higher task goals for themselves, have more confidence in their ability to do that task, and therefore are more likely to reach their highest performance level. So while charms and wishes don’t literally bring you good luck, they can attribute to your success by making you more assured and persistent.

Here are a few common superstitions and their meanings…

“Find a penny, pick it up.”  There are a couple meanings behind this superstition. One has to do with the fact that finding money is awesome in and of itself! And another one is related to the age-old rhyme:

See a pin, pick it up

And all day long you’ll have good luck.

See a pin, let it lay

And your luck will pass away.

Rabbit’s foot.  In the early days of Europe, Celtic tribes kept these as talismans to bring good luck. They were also used in a form of African-American folk magic called “hoodoo“.

Four leaf clover.  Early Irish tradition believed that a four leaf clover offers protection and causes good things to happen. Each leaf represented something:  the first one, faith. The second one, hope. The third one, love. And the fourth one, luck. Four leaves on a clover is a mutation of a traditional three-leaf clover (known as a shamrock), and apparently there is a 1 in 10,000 chance that you will find one! So the next time you’re hanging out in the park with your hammock and feeling particularly lucky, maybe search around and see if you can beat these odds??

Wishbone.  First-century Romans believed that wishbones were good luck, so they would fight over them, sometimes accidentally breaking them. This cultivated the theory that whoever came out with the largest piece of bone gets their wish.

Broken mirror.  According to traditional folklore, breaking a mirror dooms you to seven years of bad luck. This belief could be contributed to the belief that mirrors hold pieces of your soul and your future, as was a common belief in early America and Europe. In the olden days of Southern America, people would cover all the mirrors in their house whenever someone died so their soul wouldn’t get trapped inside.

Don’t walk under a ladder!  This explanation is a bit creepy. In medieval times, a ladder was believed to represent gallows. Whenever someone walked under one, it was believed that their death would be by hanging.

Horseshoe.  This good luck charm can be traced all the way to the time of the Greeks. They believed that iron had the ability to ward off evil and that the crescent shape of the moon brought about fertility and good fortune. So a U-shaped, iron horseshoe was a win-win for them.