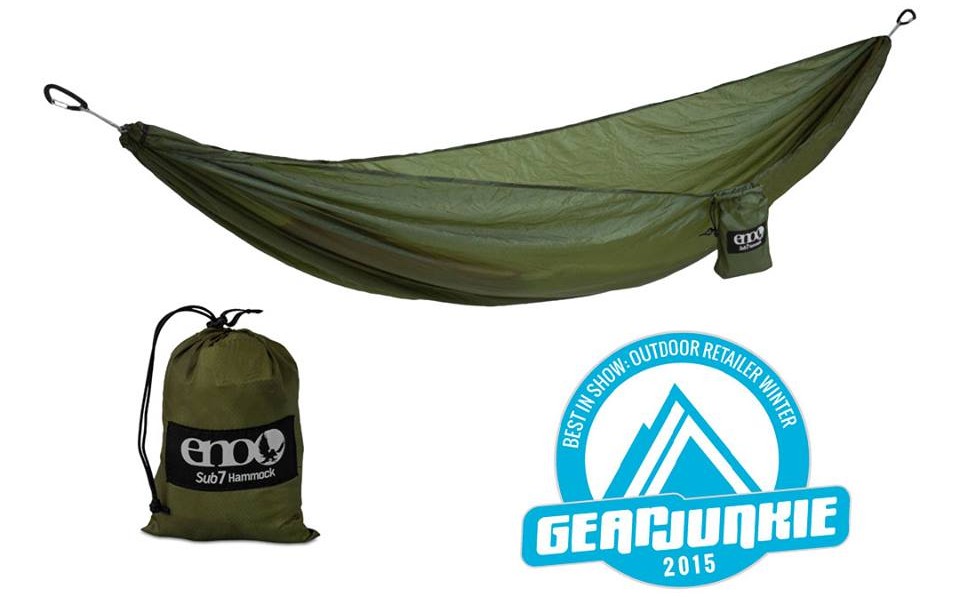 Featured in Gear Junkie‘s “Greatest Gear for 2015: ‘Best in Show’ at Outdoor Retailer”

“The twice-annual Outdoor Retailer trade show, held last week in Utah, is a mecca of gear. We sent our crew of editors and reporters to cover the show and snoop out the best to-be-released products for 2015 and beyond. The equipment here, part I of our “Best In Show” award series, represents some of the most unique and innovative items you’ll see on the shelves at outdoor shops around the U.S. later this year.

…Sub-7oz. Hammock –- Eagles Nest Outfitters cites the “lightest hammock on the market” of its type with the Sub7. It weighs 6.5 ounces for the nylon hammock body, included carabiners, and Dyneema cord. All of that stuffs into a hand-size bag and is so light as to be unnoticeable in a pack. We laid down in it for a break at the OR Show and were impressed — it’s comfortable, airy, and so super light. It holds up to 300 pounds and comes to market soon for $70.”