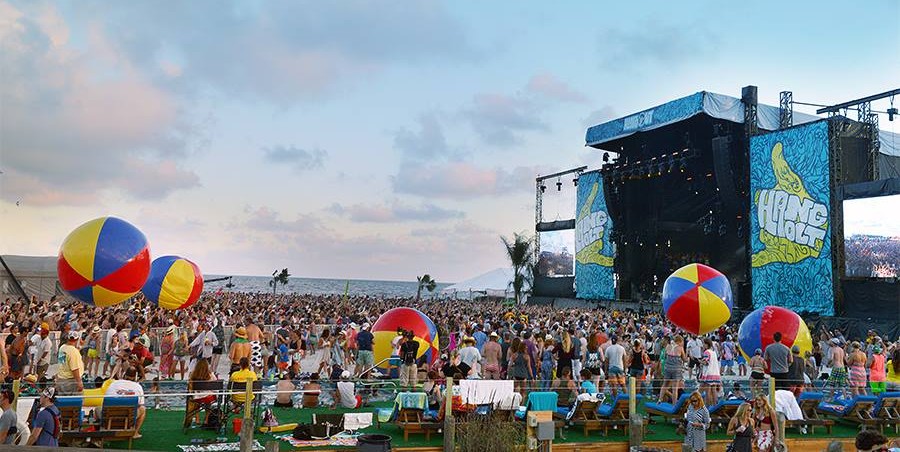 The sixth annual Hangout Music Festival on the beautiful beaches of Gulf Shores, Alabama was stellar this year! There was a great lineup including Zac Brown Band, The Mowglis, Beck, My Morning Jacket and so many more. It was hard to decide which bands to miss and which bands to see! With six stages, there was not a moment that music wasn’t playing somewhere on the beach.

This experience was worth every penny. I managed to get front row to Paramore and Cold War Kids, and get near the stage to plenty of other great artists. Also, I was introduced to bands I’ve never heard before, like JEFF the Brotherhood and Kopecky, and fell in love with them! I thought my legs were going to fall off from jumping up and down so much to Beats Antique, ODEZA, and Robert DeLong, but I somehow made it through. I was never disappointed, every band was fantastic!

While the music was great, it was the overall vibe and the people that truly made the Hangout experience. Smiles were endless, and flower crowns and face paint were everywhere! A crowd favorite was the Life is Good hang spot with hammock chairs, misting fans and photo ops. A huge sign saying “Life is Good” had free buttons sporting the phrase “Go. Do. Good.” I gladly took one as a souvenir, as well as a bracelet.

A specific moment I cherish was this man just stopping in the middle of the street to write “Smile” with chalk. It did in fact make me smile.

Body positivity was everywhere! The beach can be the worst nightmare for some people who aren’t comfortable with their bodies, but I saw people of every body type you can imagine, and not once did I feel judgment from anyone. People were so free with their styles and bodies, and everybody just rolled with it.

Camelbak had water stations to fill up water bottles. I was definitely a frequent visitor of those tents; but those weren’t the only tents I enjoyed. There were venders including Natural Life and Freakers that were selling awesome products and playing music, adding to the overall easy-going but high-energy vibe of the whole festival. Artists of all types had their product on display.

It isn’t just a music festival, it has a little bit of everything; including rollercoasters. That’s right! A ferris wheel and a MegaDrop  towered over the beach.

Overall, this was one festival you just have to experience! Three days on the beach, great music, and some crazy rad people.