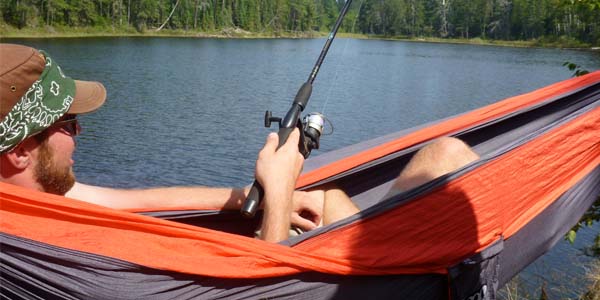 You may not realize it, but today is a very special day. Not only is it the 176th day of the year and National Strawberry Parfait Day, today is National Catfish Day!!

In 1987, President Ronald Reagan officially proclaimed June 25 as a day to honor “a uniquely American food delicacy – farm-raised catfish”. There are multiple reasons for a special acknowledge of this whiskered ray-finned fish:  an increase in farm-raised catfish production in the 1970’s and 80’s provided a stable income for catfish farmers, an economical food product for consumers, and thousands of available jobs in the catfish processing industry. They are not only tasty, but are low in cholesterol, low-caloric, and a good source of protein.

Catfishing is a great way to get fresh food when you’re camping or backpacking. It’s very easy to find catfish, as they are most often found in rivers, lakes, and ponds. Catfishing season starts in mid spring when the water warms up to over 50 degrees and goes into the fall. Catfish often rest in slackwater and tend to hang out in a covered spot, such as in deep holes or underneath a bridge. Baiting is fairly easy. Catfish eat just about anything: crawfish, shad, nightcrawlers, chicken livers, and any artificial catfish bait on the market.

How to clean your catfish

Cooking catfish over your campfire is also relatively easy. There are 3 general ways of doing it:  primitively, with aluminum foil, and with a camp stove.

Primitively.  This means that you’re going to skewer your fish with a stick and hold it over the fire, turning frequently – much like you would a marshmallow. Hold it or prop it up in the fire pit just above the flames so it doesn’t catch on fire and burn up. It will be ready when the meat is flaky and easily comes apart, about 10 minutes.

Aluminum Foil.  Wrap the fish in aluminum foil, adding any seasonings you desire. You will be using the heat from the campfire coals instead of the fire itself to cook the fish, so spread the hot coals out and lay the aluminum foil package on top. Turn the foil package frequently for 10 minutes.

Camp Stove.  This is probably the easiest method. Put the fish in a frying pan, add seasonings, put the pan on the stove, and cook on medium for 10 minutes. Turn the fish once.

It’s pretty satisfying to cook and eat food that you have caught yourself. Not to mention, it’s much healthier when you control your fish’s progress from water to plate. Nothing beats sitting by the fire under the stars in your Lounger Chair or Hammock with a plate of fresh, tasty catfish.