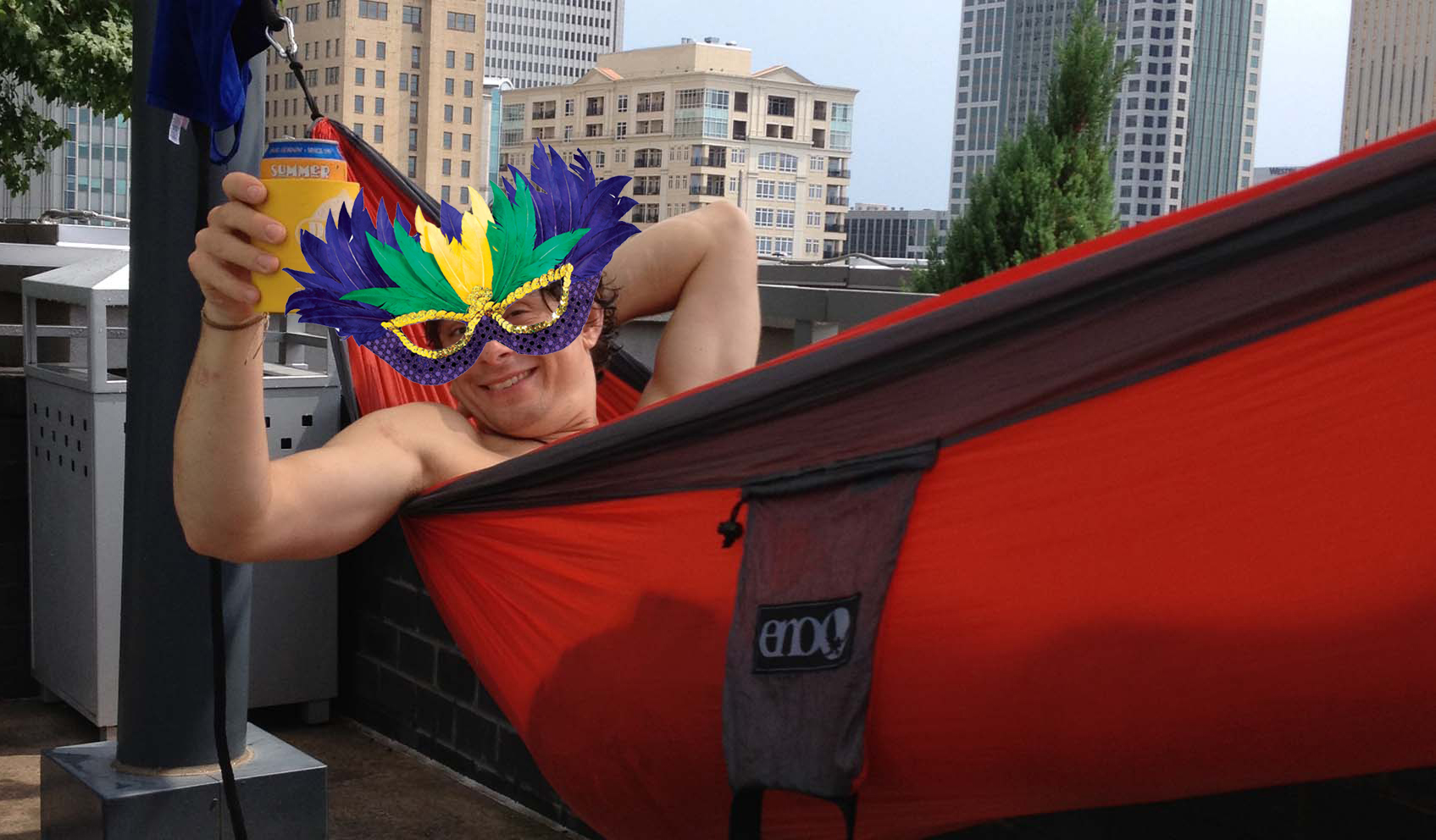 What comes after King’s Day and before Ash Wednesday? Mardi Gras! French for “Fat Tuesday” today is the day to give into your indulgences and parade in the streets. Mardi Gras precedes the practice of lent; however regardless of your religious orientation, it’s a day to have fun. You won’t be the only one rejoicing this Fat Tuesday, because Mardi Gras is widely celebrated across the globe. So we hope ENOpians everywhere today hammock on and party hard!

Originally brought to the American Gulf Coast  by French and Spanish influences, King’s Cake is generally a baked ring of twisted cinnamon dough topping with icing and green, gold, and purple sugar crystals. Watch out though…because in every King’s Cake there is one plastic baby baked into it. If you’re the lucky person to eat (or almost eat rather) the trinket, then you become responsible for hosting next year’s Mardi Gras party.

The first Mardi Gras “beads” were sugar-coated almonds, or “dragees,” thrown around the 1840s. However a different legend cites a krewe queen who surprisingly tossed her pearl necklace into the crowd.

Actually Mardis Gras has been celebrated long before New Orleans was even an established city. According to a Mardi Gras history authority:  “On March 2, 1699, French-Canadian explorer Jean Baptiste Le Moyne Sieur de Bienville arrived at a plot of ground 60 miles directly south of New Orleans, and named it “Pointe du Mardi Gras” when his men realized it was the eve of the festive holiday. Bienville also established “Fort Louis de la Louisiane” (which is now Mobile) in 1702. In 1703, the tiny settlement of Fort Louis de la Mobile celebrated America’s very first Mardi Gras.”

There is not just one parade that occurs on this day in New Orleans. There has been a long standing tradition for years of different “krewes”. Krewes are different organizations that are responsible for putting on their parade. Sort of a party-clan if you will. Each krewe has their own name, theme, king and queen.

Interesting and popular fact from a Mardi Gras history authority: In 1704, Mobile established a secret society (Masque de la Mobile), similar to those that form our current Mardi Gras krewes. It lasted until 1709. In 1710, the “Boeuf Gras Society” was formed and paraded from 1711 through 1861. The procession was held with a huge bull’s head pushed alone on wheels by 16 men.  Later, Rex would parade with an actual bull, draped in white and signaling the coming Lenten meat fast. This occurred on Fat Tuesday.