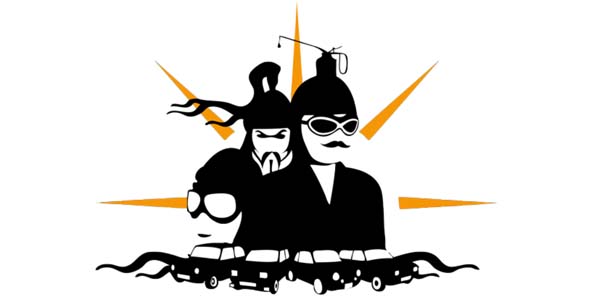 ***NOTE FROM ENO:  Four friends and travelers, Nate Parish, Denali Gillaspie, Hannah Karlsson, and Nina Watkins, have formed a team called Potentially Platonic Pals and are embarking on the Mongol Rally (they started July 13th) – a car rally that begins in Goodwood Circuit, UK and finishes up in Ulan Bator, Mongolia. Known as the “greatest adventure in the world”, the Mongol Rally is not a traditional race but an exciting, perilous, limit-pushing adventure for all participants. This is the first of a series of updates that we will receive from this venturous team, sent in by Nate. We wish them luck!!***

“We’ve been on the road for a week now, and each day is more exciting than the last. So far we’ve passed through 7 countries heading into Norway today with the big three still to come: Russia, Kazakstan, and Mongolia. We are still working out how we’ll be using our hammocks in the Gobi desert, but we have already perfected the double decker hammock. We pulled this out when we were camping at the launch party at body am castle in the UK. It was a glorious event with knights and mead in a castle built in 1348. About half of the rallies were there – we’d meet the rest in the Czech Republic the next day – and needless to say they are a rowdy bunch. The festivities lasted till the wee hours and included burying one of the cars in a tomb of hay bails. Much of the same revelry accompanied the second launch at Klanova castle in Klanoy, CZ. We pointed our beautiful steed north, drove through Germany, where we stopped in Hamburg to visit a friend of Denali’s mom who was kind enough to let us sleep in her attic. The last two days have been easy enough with plenty of driving, getting lost (we only have one map), and spending hours trying to find the perfect beach to sleep on. So far we’ve found two, and each morning we have learned that camping is not encouraged; but it turns out the locals share our philosophy of adventuring, and as long as we aren’t bothering anyone, it seems to be fine with them! A beach is a great thing when the sunset over the water lasts for almost half hour due to the high latitude we’re at. And the sunsets are only going to get longer as we approach the arctic circle. We are enjoying this relatively calm time till we reach Russia in 6 days!!”