It’s International Square Dancing Month! Have Some Fun in the Barn

Home
News
It’s International Square Dancing Month! Have Some Fun in the Barn 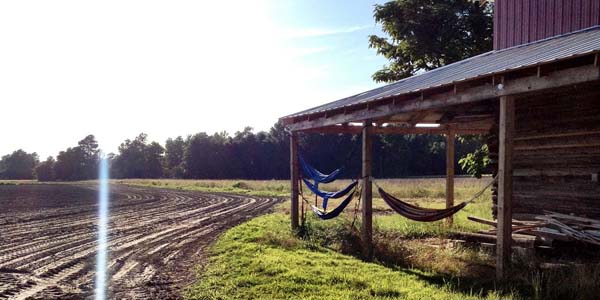 Swing your partner ’round and ’round and promenade across the ground!

September is International Square Dancing Month; and since its beginning in the days of early America, square dance has been a popular pastime and excuse to party hard in the barn. It was brought over from New England with the first settlers in the form of folk dances, which included the quadrille, jigs, reels, and the minuet.

Early American colonists worked hard during the week building their community and homes in the formerly-untouched woods. When Saturday evening came, they would all get together for a dance in the community center. As their settlements grew and became more and more diverse, so did their dances. Eventually, there were too many dances for everyone to memorize. So, instead of memorizing all of the steps to every different dance, they began using callers (or prompters) to give out cues while they danced. Calling actually became an art of sorts, and prompters would build a repertoire of their own unique jargon and cue sayings. Many prompters would even come up with their own routines and teach them to the community. This is how square dancing with a square dancing caller was developed.

Fun Fact:  When the American Revolution happened, many Americans shunned anything pertaining to Britain, so they began adopting things from the French. Many square dancing terms that are still used today have origins in France, like “promenade”, “allemande”, and “do-si-do” (a play on “dos-à-dos” meaning “back-to-back”).

As the American population spread across the South and West, square dancing followed. Pioneers used it for recreation and to be social with their neighbors. It was good exercise and could be done anywhere – all they needed was music, a wooden floor, and a prompter. Barns were excellent choices for these dances. By the late 19th century and with booming trade, square dancing began to lose its popularity to new, modern dances as communities became more urban. Waltzes, polkas, swing, and jazz began to replace and out date swing dance, isolating it to only a few regions, mainly in the country.

The square dancing tradition was revived in the 1920’s by automaker Henry Ford, who saw it as a great way to exercise as well as to work on good manners. He hired a dance master to develop a national square dancing program, required the workers in his factories to take these classes, and opened ballrooms specially for square dance. His enthusiasm sparked others to rediscover it, retain it, and share it. By the 1950’s with the development of microphones and records, square dance modernized to appeal to contemporary Americans, vibrantly growing and once again thriving in many parts of the country.

How to Square Dance:  There are 4 couples in a square, with one couple standing on each side of the square, facing the center. The man stands on the left of the lady (although sex of the dancer doesn’t matter as long as everyone remembers who is the man and who is the lady). The lady on the man’s left is his “corner”, and the man on the lady’s right is her corner.

The couple that is closest to the “head of the hall” (i.e. the caller and musicians) is numbered 1. The other couples are numbered 2, 3, and 4 counterclockwise from couple 1. Couples 1 and 3 are known as the “heads”, while 2 and 4 are the “sides”.

From there, the caller will tell you what to do. New formations will happen, and you may not always be dancing with your original partner. At some points, only a certain couple or either the heads or sides will be doing an action prompted by the caller. The others just stay in their current positions and watch.

Square dancing keeps you on your toes and can be a little confusing at times. If you’re new to it, you will come to appreciate the seasoned dancers who help instruct the square on what to do. But regardless of your skill level, it’s a fun way to get some exercise and to do something different! So if you have some open space or access to an empty barn, break out the fiddle, banjo, and washboard, hang up some twilights, and have a good old fashioned square dance!