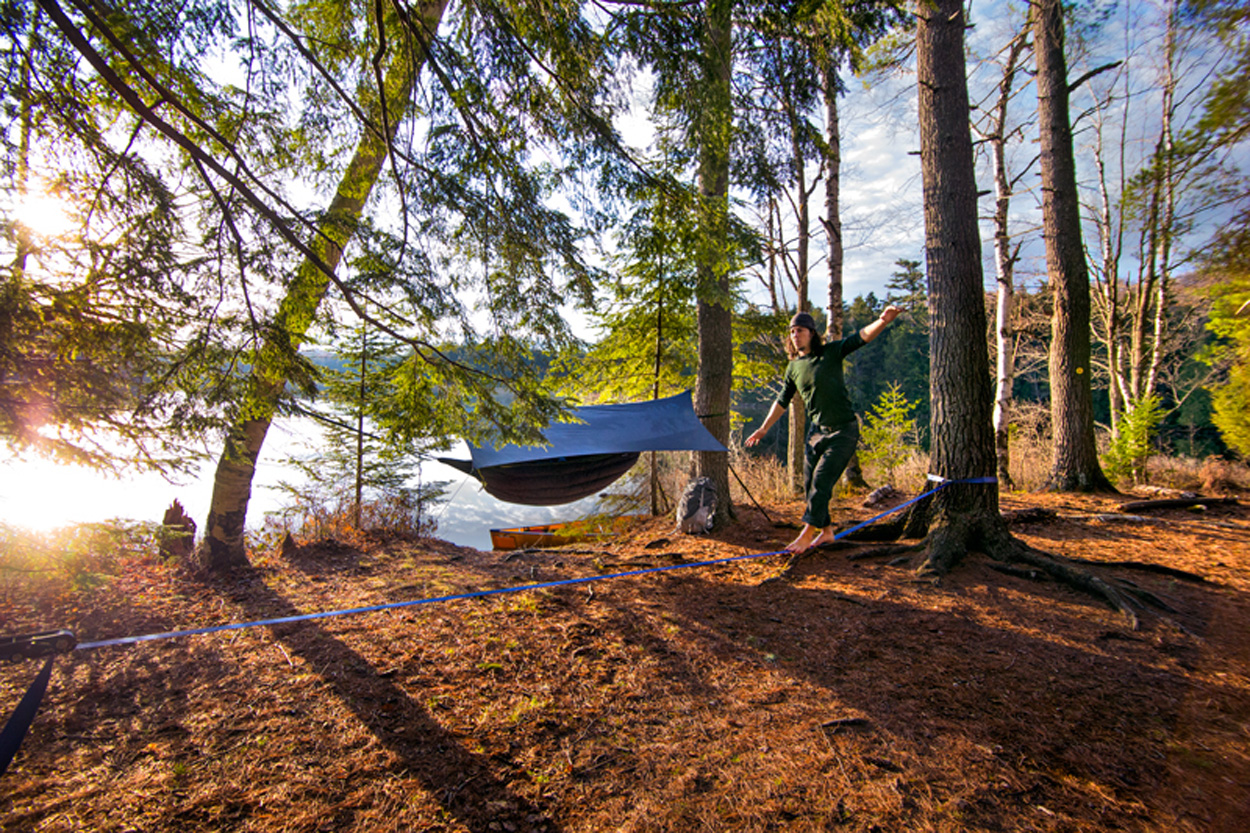 Did anyone see that football game yesterday? You know, the Super Bowl? Well, aside from the exciting play, there was an arguably even more exciting half-time show featuring Madonna, LMFAO and a guy named Andy Lewis. Never heard of him? He was the guy bouncing around on the tight-rope looking thing! Impressive, huh?!

Although his slick jumps and breathtaking flips looked more cirque du soleil that sports, what he was actually doing is called Slacklining…and he happens to be very good at it!

Slacklining is a popular sport in outdoor communities, such as Boulder, CO, that originates from climbing camps in Yosemite during the mid-seventies. It involves strapping a piece of narrow, flexible webbing low to the ground between two anchor points. Once you’re set up, you can do anything from crawl across it, to, as Andy Lewis very skillfully pointed out, jump and twist and flip!

Although the slackline used by Lewis in the Super Bowl half time show was made by Gibbon, ENO also has been selling them for years! This sport is hitting the mainstream, and thanks to Madonna and her toga-clad slack lining superstar, it’s going to get even bigger!

Click here to get your own and start practicing those moves! Who knows, maybe you’ll be featured in next year’s Super Bowl?!

If you want to see a bit more Andy Lewis and what  he can do on the wire, check out this link.