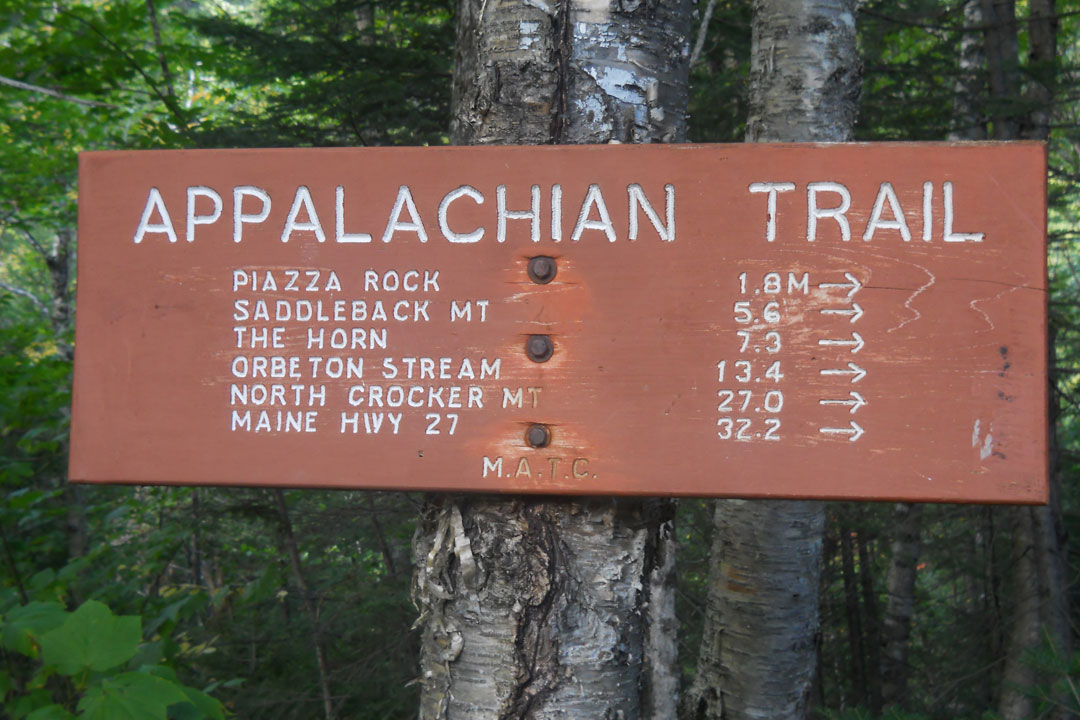 Starting in May and working until mid-August, MATC’s Trail Crew works steadily through the summer months to manage and maintain some of the most rugged terrain on the entire AT.

With volunteers from all over the world, this year’s trail crew successfully maintained and reconstructed six different sections of the AT from Grafton Notch to Mt. Katahdin. Crews placed hundreds of stepping stones, built elaborate stone stair cases, and rebuilt the trail in the most eroded areas along the AT. Doing so not only allows for a safer environment for hikers, but also allows for a more enjoyable experience.

Coming from Missouri, I didn’t know what it would be like to volunteer for a trail crew in Maine, let alone a trail crew in general. I went in with zero experience and a pair of heavy-duty work gloves.  Everything about this experience was new.

After my first two weeks on the trail, and after some serious training, my crew and I successfully built a staircase, placed numerous stepping stones, built a stone retaining wall, and installed a water bar; all of which were placed due to severe erosion on the trail.

The next three weeks were focused around Rainbow Lake, about 20 miles Southwest of Mt. Katahdin. There, we placed 99 stepping stones, and I got to experience my first burrito. As much as I had wished that meant a juicy bundle of meat wrapped in a tortilla, it didn’t. A burrito in the trail maintenance world means A LOT of dirt, A LOT of crush (crushed up rock), and then more dirt. Although this technique for trail building is tedious and requires consecutive hours of hard work, burritos were my absolute favorite. The sole purpose of placing a burrito is to build the trail up, and out of the eroded area. Here are a few pictures of a 25 foot burrito we did our second week on the site:

(Top: Process of constructing a burrito. The crush is placed inside the landscaping material, the wrapped up. After that is complete, the soil gets placed on top. Middle & Bottom: Finished product)

Fun fact about burritos: for every foot, five, five gallon buckets full (so 25 gallons) of mineral soil must be applied. Meaning, for this 25 foot burrito, 625 gallons of soil was dug up and placed on the 25 foot ribbon of crush!!

Burritos were one of many different ways to eliminate erosion along the trail, but they cannot be used for every section. In major swampy areas, where the water table is close to the surface, burritos would simply sink. In these circumstances, techniques involving dense, heavy rocks would work best; such as stepping stones. Here is a little section of stepping stones that were placed at Rainbow Lake:

There are many different aspects that go into trail maintenance, some of which are more challenging than others, but in the end it all comes down to making the trail more enjoyable and more safe for all visitors.

The most rewarding aspect of this experience was all of the appreciation we received; whether it was a day hiker, a person hiking the 100 Mile Wilderness, or even a thru-hiker, a simple “Thank you” was all we needed to get that extra boost of motivation and keep working.

(Top: A “Thank You” note that was placed on our van when we returned from the trail. Bottom: My crew and I “selfie-ing” with the thank you note that meant the world to us!)

MATC offered me an experience I will forever cherish: strangers became family in those 6 short weeks I spent in Maine, who all of which made a lasting impact on my life. Deciding to do trail work in Maine was by far one of the best decisions I have ever made, and I encourage you to do the same; whether it is in Maine, or your hometown, you will gain such a greater appreciation for not only trail crews, but nature and trails as well.

By Kaila AuBuchon of Boots and Backpacks.