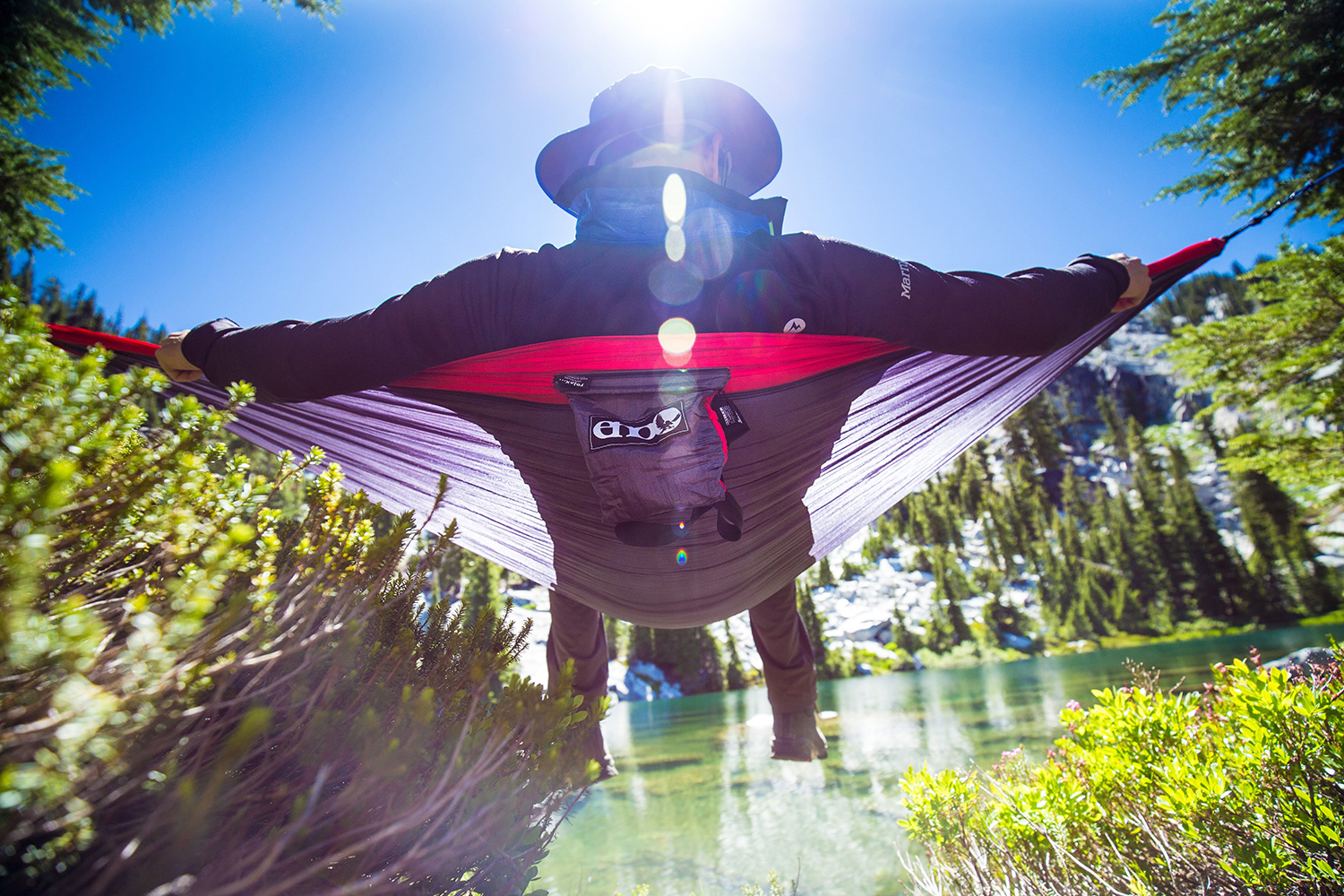 Just in time for the new years, we would like to reintroduce you to a fresh version of an old favorite – the DoubleNest, SingleNest and DoubleDeluxe Hammocks.

Doing away with the older, heavier steel carabiners used on the pioneering models, we have introduced superior aluminum wiregate biners. The sleek, new design – complete with our logo – not only pleases the eye, but also shaves off major weight; they are only a quarter of the weight of their predecessor. In addition, the wiregate opening is free of sharp edges, reducing the chances of material damage.

“We wanted to update the biners to make the hammocks lighter and deliver the highest quality product possible,” said ENO Designer, Brendan Garvey. “We developed this biner specifically for us and our customers.”

The updated hammocks also feature a redesigned buckle and cord lock, both parts of the opening mechanism. The new buckle, made from acetol, is stronger and sturdier, lessening the frustrating possibility of an accidental release. The cord lock redesign features no moving parts to break or rust, increasing the durability and the usability simultaneously.

“We are constantly striving to improve on even our most well-known products,” said Peter Pinholster, co-owner and president of ENO.

In addition to the practical advantages the 2013 trim updates make, they also contribute to the hammocks new weight – both the SingleNest, DoubleNest and DoubleDeluxe hammocks are at least two ounces lighter than former models, weighing in at 17 ounces, 21 ounces and 28 ounces respectively.

The updated hammocks will be available in the New Year.