What I Wish I’d Known: 10,000 Tips for the First-Time Backpacker

Home
News
What I Wish I’d Known: 10,000 Tips for the First-Time Backpacker 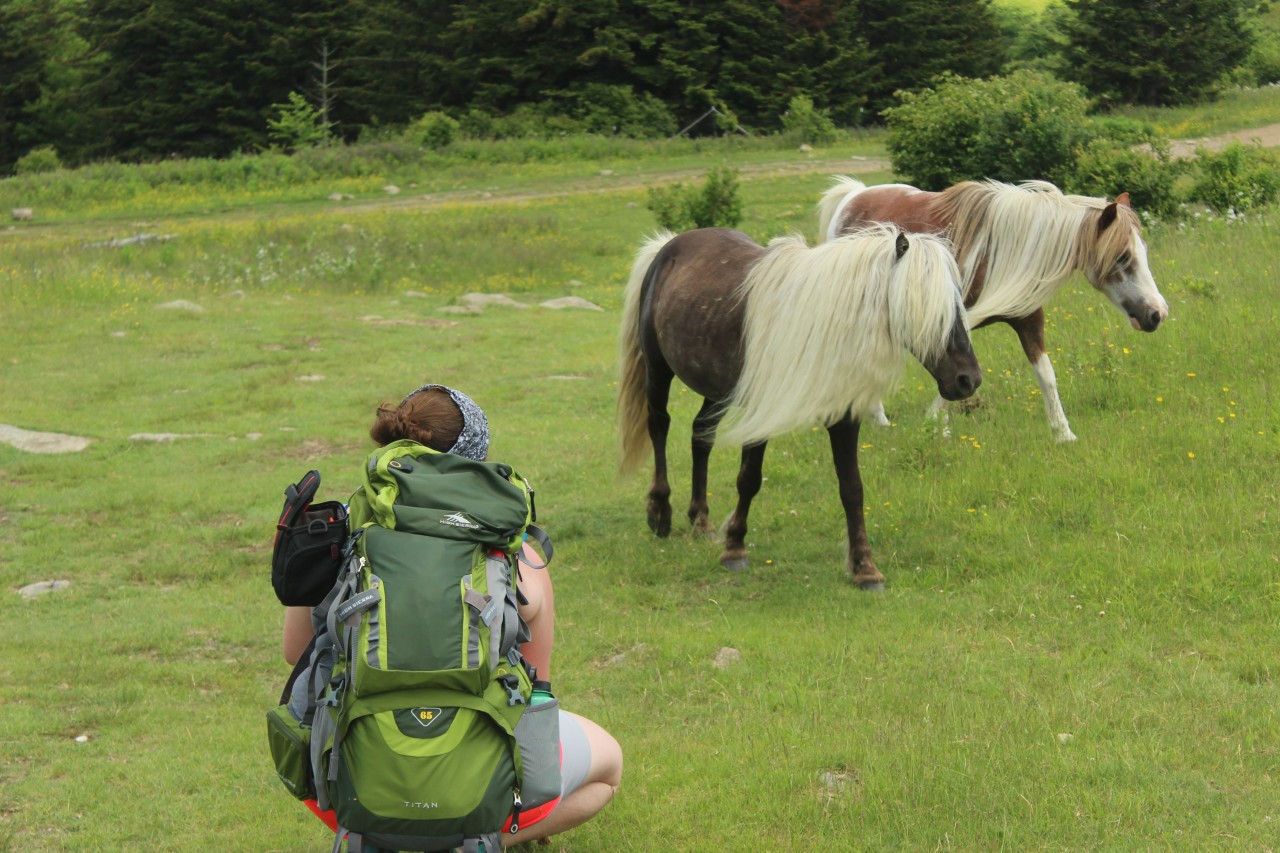 As of three days ago, by no lack in planning and by no easy feat, I successfully led my first backpacking trip.  I’m new to the backpacking world and have learned so much about myself these past few months as I’ve planned this trip: primarily that I have no idea what I’m doing 90% of the time.  As I planned to lead my first trip, so many challenges (more than I would have imagined) continued to pop up.  Backpacking consists of living in the woods and walking an obscene amount of miles…

How hard can it be, right?

1. Don’t be afraid to get a little lost

The Appalachian Trail goes in two different directions: North and South. It does not fork and aside from a few places where the trail is difficult to find—and therefore, follow—it is not a difficult trail to navigate. Yet, as my three friends and I stepped on to the famous AT for the first time (map and compass in hand, might I add) we managed to start our glorified walk in the wrong direction.  And this happens all the time.

Whether you are five minutes into the trail or five months into it the feeling of: A) ending up where you started, or B) ending up miles from where you meant to go can be devastating.  Or, it can be rewarding.

We were lucky enough to be off-track for only a mile, during which time we saw a portion of trail that we would have otherwise have missed. We had the chance to climb some rocks that we never should have seen and to watch a sunset that would have eluded us had we walked in the correct direction.

I found that getting lost (and this happened plenty more times on this particular trip) was a highlight for the weekend. Weird, but it’s true. And it was completely and totally okay.

And maybe you don’t get lost. Maybe you are a professional map-reader, compass-follower, trail-tracer. But there are other mistakes to be made—thousands of them. So don’t be afraid to make a few mistakes and get a little lost. And don’t be afraid to enjoy it.

Wild ponies. That is all I had to hear in order to develop the single-minded determination to hike across the Highlands of Virginia. What started with one simple thought (the thought of frolicking in a field of wild mountain ponies, to be exact) turned into weeks—months, really—of planning, prepping, and more prominently dreaming for this to one day happen.

The amazing thing about dreaming—especially when it comes to dreaming about something as simple as where to hike next—is that what starts as a simple thought can grow to be something much greater than we could have originally imagined. I would never have guessed that seeing and petting the wild ponies would just be one of the many high points of my trip (and let me just say, it was a very high point—wild ponies are the cutest creatures alive!).

In preparation for this particular trip, it really felt like it was never going to happen: weather was unpredictable, people didn’t understand it, summer is crazy, and college students can be (are) flaky. However, even with all of the road blocks I’m confident that even if it hadn’t happened this summer, it would still have eventually become a reality. I was determined. The only difference in this moment is that I would be sitting here researching it rather than writing about it.

So dream big, and don’t give up. Research photos, maps, and reviews for as long as it takes, even though it may seem crazy to the people around you who are dreaming of other  things.

The creepy white vans and strangers with candy were—and will always be—dangerous. And the world is still a scary place. And you really shouldn’t talk to strangers (unless of course, you are ordering food—because pizza.)But there are some strangers you should talk to—many of which you will come across along a hiking trail.

I quickly became notorious for being the chatty Kathy of our group—with every single person we met on the trail. I just couldn’t help it; after I heard the first testimonial of a person we crossed paths with, I just had an overwhelming desire to hear more. The people you meet on the trail are incredible and have stories—bundles and bundles of stories. They also give advice, recommendations, and warnings.

I’m not saying to be reckless, rude, or out of line. (If you’re a single woman or man hiking alone—absolute caution is necessary). I just believe there is some breathing room when it comes to talking to strangers on trips such as these. I wish I had known that sooner—I would not have been so shy on my five prior trips leading up to this one.

(And if you are still the shy type, read through the log books that can be found along large trails such as the AT; where hikers have documented snapshots of their life on the trail. This is almost as good.)

4. Choose the Route that Suites You

For creating good plans, there are a few things that I found to be important: finding a location that matched my budget, finding a route that I could realistically accomplish, and finding one that allowed me to see what I wanted to see (mountains, ocean, waterfalls, wild ponies,etc.).

This particular stretch of trails across the Highlands definitely offered the biggest bang (as in sights) for your buck (as in time—because let’s face it, time is a currency these days and it isn’t cheap). But I didn’t throw a dart at a map and hope it landed somewhere cool. I researched, messaged people who had been to the park, and used online mapping resources to map our route.

Speaking of maps, they are kind of a big deal (who knew?!). I discovered that the maps given in some parks are, to put it kindly, useless. Unfortunately I didn’t realize this until I was sitting on a rock two miles down the wrong part of the trail looking at our utterly useless map. So my advice: always make sure that you have a solid map, even if you have to order one online ahead of time.

If no maps are available, research tips on using a compass.

The famous Appalachian Trail. Worth every moment!

My last trail-learned tip is to remember the purpose behind any hike. I became so wrapped up in the planning and execution of the trip that—until I was standing on the mountain two days in—I almost missed the point of why I was there to begin with.

Let the silence teach you how to listen, allow people’s stories to inspire you, allow the exhaustion and sweat to give you a fresh appreciation for everyday life.

Breathe deep and be prepared for one final thing: the absolute, irrevocable desire to do it all again.

ABOUT NEELY LAWSON: Photographer, student, Jesus lover, used-to-be-writer, and wanna-be explorer. I’m a lover of all things outdoors, and though I don’t have talents I do have passions. Follow me as I pursue them!