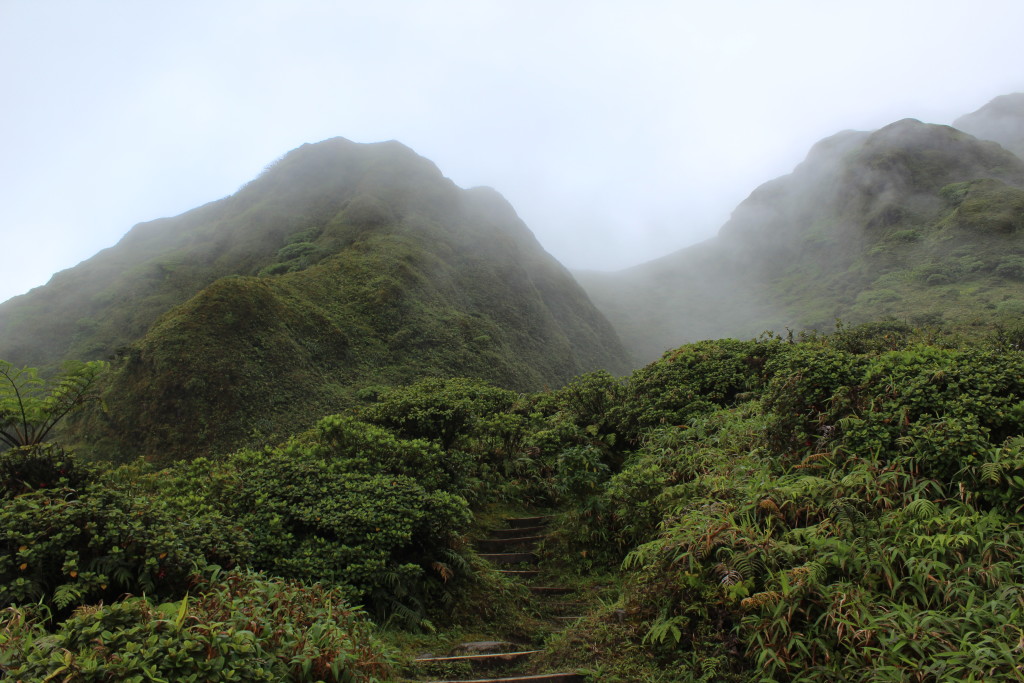 Most serious hikers would agree that a good hike should have some distinctive attribute that makes it memorable. A three mile stroll through the woods is fine, but throw in a waterfall or a cliff-side trail and it quickly becomes something much more noteworthy. Nothing fits the bill more than climbing to the top of a volcano. Whether it’s active or dormant, a volcanic hike promises to be anything but ordinary. Here are a few of the best volcano hikes in the world…well, at least the best volcano hikes we have done…OK, the only volcano hikes we have done. 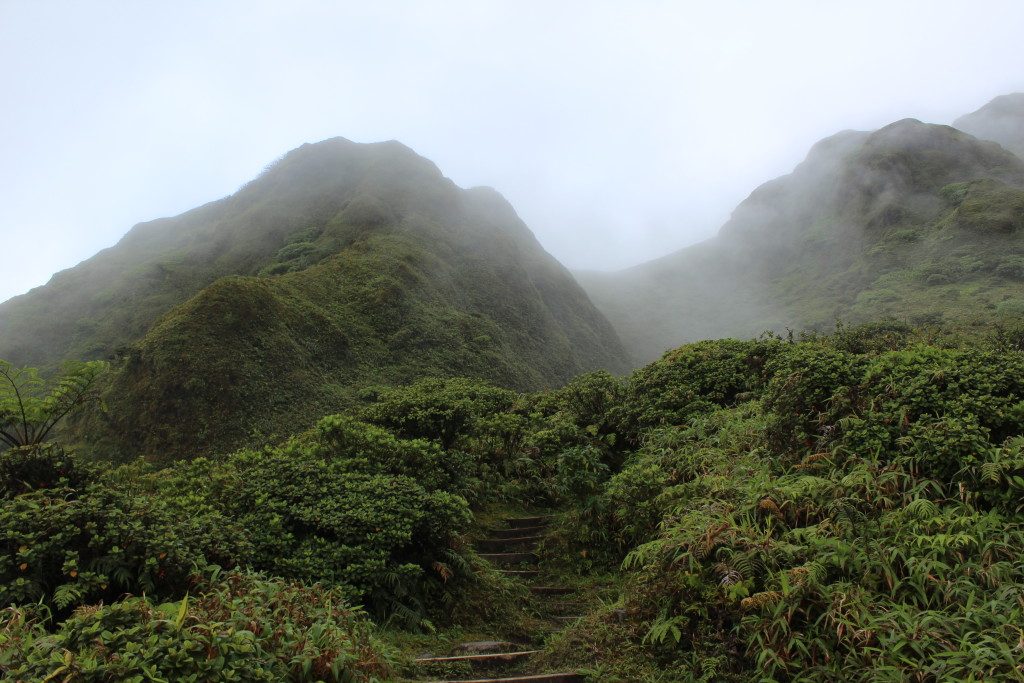 Hiking Cerro Chato provides hikers with the rare opportunity to swim in a volcano (water not magma). We did this hike on our honeymoon last summer and it was easily one of the highlights of the trip. The resorts and travel agencies in the area will recommend doing this hike with a tour guide which costs over $100 per person, but we would recommend taking a taxi to the trail head and climbing without a guide. The entrance fee is only $12. The tour groups that we passed all seemed miserable and no one was even hiking down into the crater to swim. That being said, the hike takes about 4-5 hours round trip and is relatively steep. Not to mention it is in a rainforest so the odds are good that it will be raining heavily the entire time. If you’re willing to deal with some steep inclines and heavy rain, the reward of swimming in a volcanic crater are well worth it.  To assuage anyone’s concerns of getting boiled alive, the volcano hasn’t erupted for about 3,500 years. 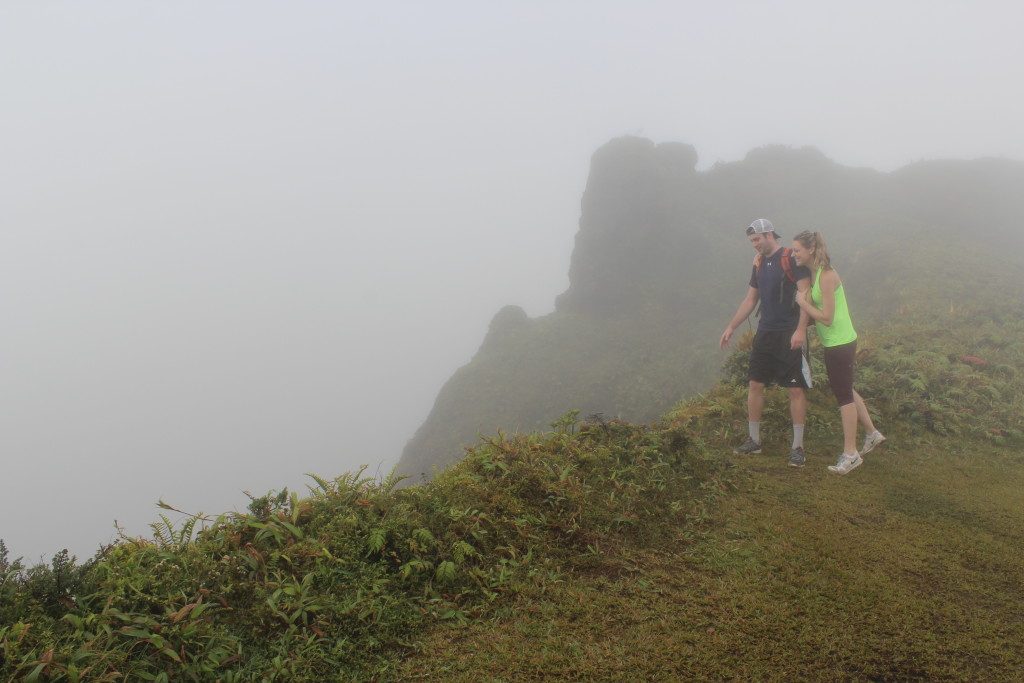 Mt. Pelee, located on the French Caribbean island of Martinique, is the third deadliest volcano in the world. The eruption in 1902 completely wiped out the city of St. Pierre, killing over 30,000 people. It is one of the most prominent features on the island and a very popular hike among visitors. The hike takes anywhere from 2-4 hours round trip, and includes a descent into the muddy crater. Since the mountain is almost always shrouded in fog, it is best to start the hike as early as possible in order to take advantage of the views from the summit. Even still, there is no guarantee that there will be unobstructed views since the mountain is a veritable cloud magnet. Views or not, the trail along the edge of the massive crater is stunning. 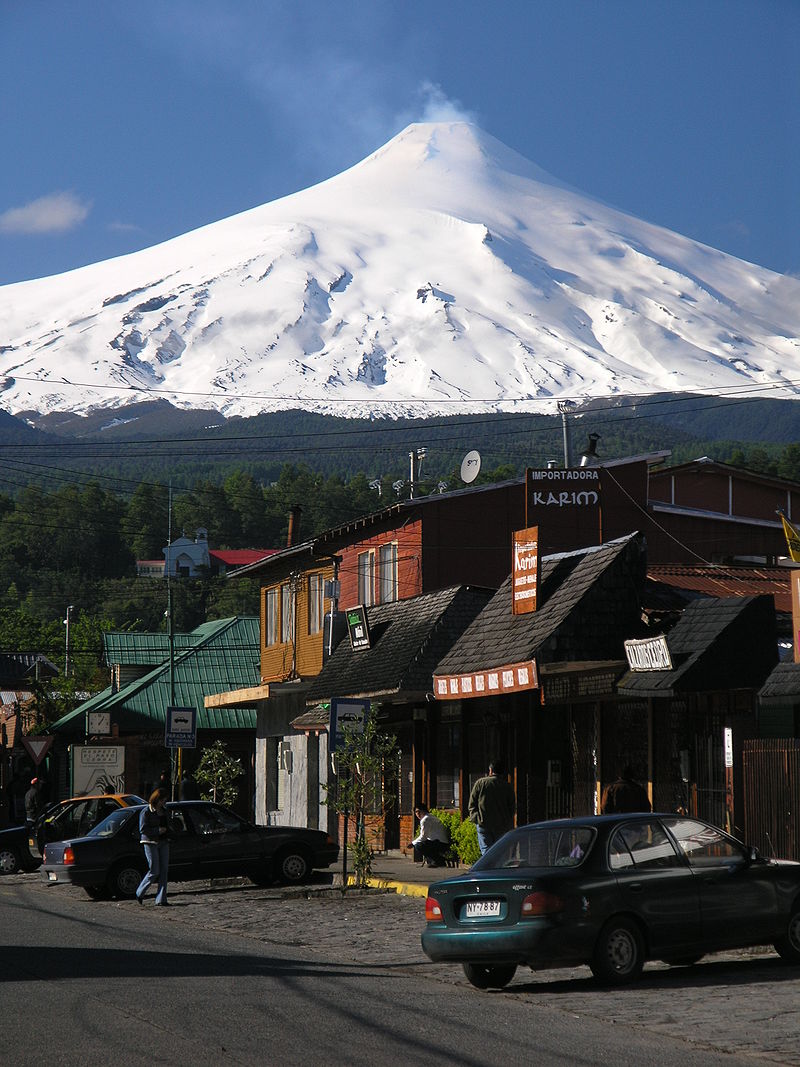 Upon arriving in the town of Pucon in 2011 and seeing smoke billowing from the top of the mountain we would be climbing the next day, I asked the bus driver if the volcano is always this active. He replied (in Spanish), “No, there is more smoke than usual this week.” This wasn’t the response I was hoping for. The next day, we met our tour group and took a bus to the base of the 9,380 foot mountain to begin the ascent. The first leg of the 5-hour ascent was dry and rocky, but the terrain changed abruptly from rock to ice as we gained elevation. At this point we took out the helmets, crampons, and ice axes from the packs provided to us by the tour group. The views of the surrounding lakes and neighboring volcanoes was spectacular but hearing the magma bubbling below us as we stood on the edge of the volcanic crater almost made us forget about the views. The rising smoke prevented us from actually catching a glimpse of the magma, but the gurgling noise was unmistakable, and quite frankly, a bit unsettling. Now, everyone knows that the worst part of any hike is the descent. You’re tired, you’ve already accomplished the goal of reaching the summit, and the last thing you want to do is retrace your steps in the opposite direction while the cartilage in your knees slowly gets obliterated. You think to yourself, ‘if only there was a slide that could take me back to the bottom of this mountain’. Well, Villarica has exactly that. There is a series of channels dug into the ice through which hikers get to slide down the majority of the mountainside. It can get a little bit out of control so you have to use the ice axe at times to prevent yourself from flying over the lip of the channel. Just as a side note, Villarica erupted last year. Hopefully that doesn’t dissuade anyone from attempting this incredible hike.

Trails Unblazed:We are Chris and Laura, a couple of lifelong New Englanders with penchant for adventure both domestic and international. Follow our travels at http://www.trailsunblazed.com